…from Nashville, that is.

Congratulations to Sir Noble Ryan Mullen, Grand Scribe of Fatima Caravan, who, on July 2, 2013, was duly elected as Supreme Scribe of the International Order of the Alhambra by an astounding 70-to-20 vote!

Alhambrarama has been refounded and is being retooled. Stay tuned!

Really, we never left. Our web master, the Eminent Master of the Scriveners, was kidnapped in March and held for ransom in the basement of the National Shrine. While he was chained to the wall near the loading dock, Fatima Caravan has been rolling right along, trying to forget the whole unpleasant business.

(By the way, the webmaster was eventually released. His captors apparently thought he was a high ranking government functionary. That will teach them to judge a captive by the rhinestones on his fez! When it became clear that he was an sophomore art history major, they turned him loose in disgust. The Caravan has since checked him into a nursing home, where he is resting comfortably.)

Anyway, since that unfortunate incident this Spring, your Caravan has carried on with its program of self-improvement. We’ve:

– Reorganized the Caravan finances.
– Published yet another exciting edition of *The Fatima Dromedary*
– Began its plan for the fall semester and Total-CUA-Fraternal-Organization-Domination.
– Dispatched the Wrecking Crew to perform much needed service at the Kennedy Institute.
– Learned to salsa dance.
– Sent a big delegation to the Supreme Divan meeting in beautiful Dearborn, MI (more on that soon.)
– And planned the program for the coming year (more on that, too.)

Keep watching this space for updates!

Sultana on the Walk

One of Fatima 265’s Sultanas is participating in a Walk for Life to raise funds for the Savannah Care Center.  If you have life (which, if you’re reading this, is undeniable), then you ought to make a donation to this cause and help our sister bring home the bacon for this eminently good work.  Life is life wherever you go, and it’s just as valuable in Georgia as it is in Maryland, or Michigan, or really, anywhere on planet Earth.  If you have any reservations about this, remember that it’s Lent (or the Great Fast, for our Eastern brethren), and in opening your wallet a little bit for an unquestionably good cause you’ll be cashing in on one of the more overlooked of the three prongs of the Trident of Lent — prayer, fasting, and almsgiving.  So click right here and be a do-gooder.

Our newest Sultanas received their certificates from the Grand Divan at a special ceremony on Friday night.

Congratulations to these flowers of the desert. They are welcome additions to our Fatima family.

Sultana Mietek and Sultana Doncsecz before the festivities.

Our dear friend, Sultana Colleen Swaim, Protosultana of Fatima-265 and wife of our immediate past also very own SN Matt Swaim now of Al Kamel #1o in Cincinnati OH, has written a book on teenager-saints entitled, Ablaze: Stories of Daring Teen Saints.  Sultana Colleen was the first of the wonderful Catholic women we know who were given the honor of “Sultana,” and as such she shares in the dignity of St. Stephen the Protomartyr, albeit in a qualified way.  In any case, you really should buy this book, especially if you’re a teenager, or the parent of a teenager, or if you’ve always felt as young and as spry as a teenager.  If you don’t buy this book, SN Matt, who happens to be the producer of the Son Rise Morning Show on Sacred Heart Radio — 740 AM and 89.5 FM in Cincinnati OH, as well as everywhere you get the EWTN Radio Network and the Guadalupe Radio Network, e.g., 1160 AM Washington DC — will personally correct you on-the-air with the utmost of charity, and later that night the rest of us will show up by your bedside to keep you up at night after having eaten a sumptuous meal of cabbage, beans and pork chops, swilled down with black coffee.  If thou failest to buyeth this tome, thou shalt inhale the stench of thy transgression.

Categories: Outside the Alcazar, Sultanas on the March | Leave a comment

The Cat’s Outta’ the Bag (If It Wasn’t, Already)

The New York Times is at it again, this time without any disguises.  An editorial from 25 February 2011 titled “The War on Women” takes a sweeping broadside at any practical measures being taken at various levels of our state and federal governments that would stand to affirm and protect the right to life of all human life, especially the unborn.  For some reason it’s wrong to even suggest that Muslims may be threat to our society, but an unborn baby is a sure to disrupt a man and woman’s personal convenience, so get rid it!  Right?  That’s what the Times says, and if the Times says it, it must be right, right?  It’s really frightening to think about how many people whose minds aren’t quite made up might be reading this, and then cast their lot with the abortion industry.  This is in stark contrast to a recent post by Monsignor Charles Pope on the Maybe It’s God blog of the Archdiocese of Washington.  I’m sure that more people are paying attention to the NYTimes than to Monsignor Pope, but in the end Christ will reign over all the earth in the fulness of His glory, and I hope He takes as many of our hearts as we’re willing to give along the way.

Posted on January 26, 2011 by JPM
On Monday, 24 January 2011, 7 Sir Nobles from Fatima Caravan #265 participated in the 2011 March for Life, together with Sultanas and Friends of the Caravan.  After meeting up at the Capitol Cafe on Constitution Ave NW, we asssembled the Green Banner of the Alhambra and forged onwards to the Mall.  We met up with Leticia Velasquez of KIDS before she was interviewed by EWTN adjacent to the West Wing of the National Gallery of Art.  Thereafter upon Leticia’s personal invitation, we were able to meet Congresswoman Cathy McMorris Rodgers of Washington’s 5th District during a KIDS reception at the National Right to Life Committee headquarters across the street from Ford’s Theater.
Additionally, we were able to meet Mme. Valerie Guilloux, representing the Fondation Jérôme Lejeune, who presented Congresswoman McMorris Rodgers with a copy of Life Is a Blessing, and distributed holy cards with a prayer to obtain graces through the intercession of the Servant of God Jérôme Lejeune, as well as pamphlets on his life and work.  If you’ve never heard of Jérôme Lejeune, you’ll definitely want to hit the link above — there’s more to say about him than we would do justice here on Alhambrarama.
Altogether, we thank God for the life He gives us, and we thank him for all our brothers and sisters, great and small.  Five Hundred Thousand Salaams to everyone who joined us throughout the day and helped us make such a strong Alhambran presence possible.  Special Salaams of Gratitute to the crew of the Son Rise Morning Show for giving us the opportunity to share in their March for Life Special, especially producer-extraordinaire Sir Noble Matt Swaim, whose mighty radio power spans the entire globe thanks to Sacred Heart Radio and the EWTN Radio Network.
Salaam!

Sir Nobles of Fatima-265 meet up with KIDS.

The Sir Nobles of Fatima-265 wait for the 2011 March for Life to get underway.

Alhambra on the Radio!

This Monday, 24 January 2011, the Eminent Grand Commander of Fatima Caravan #265, JP Mikołajczyk, will be a short guest (despite his 6′-2″ stature) on the Son Rise Morning Show with Brian Patrick’s annual March for Life Coverage.  You can catch JP at 06:25 a.m. when he’ll be at the Basilica of the National Shrine of the Immaculate Conception.  The SRMS is produced by Sacred Heart Radio 740 AM / 89.5 FM in Cincinnati OH, airing nationally 06:00 a.m. to 08:00 Monday-Friday on the EWTN Catholic Radio Network.  Here in the metropolitan DC-MD-VA area, you can catch the first hour of the Son Rise Morning Show on WMET  1160 AM, part of the Guadalupe Radio Network.  And as long as you’ve got an internet connection, you can always listen live to Sacred Heart Radio online.  Five Thousand Salaams to Sir Noble Matt Swaim formerly of Fatima-265 who just transferred into Al Kamel #10 in Cincinnati, and is looking to rally more good men into the White-Fezzed Army of Alhambrans.  Matt is the producer of the Son Rise Morning Show and is checked and balanced by the Sacred Heart Radio News Director, Anna Mitchell, who when she’s not trying to limit Matt’s on-air Star Wars references writes for the Integrated Catholic Life e-magazine and has the honor of being a Sultana — she’s neither required nor expected to drink the Alhambra kool-aid but she can still drop the title like a stack of Hamiltons.  Thanks, again to Matt and Anna for giving us a chance to demonstrate the firepower of this fully armed and operational Caravan!

Without having cold-hard numbers (which can always be massaged depending on who you talk to and where you get your information), I think it’s safe to say that most Catholics in the United States don’t know what’s at stake when we attempt to fulfill our civic duties.  Americans, and Catholics in particular, have drunk the Kool-Aid.  Many people have been fooled into thinking in terms of inversion — bad is new good, down is the new up, Hydrox is the new Oreo.  Without further delay, Bishop Thomas Tobin of Providence wrote an editorial for his diocese’s newspaper responding to the shootings in Tucson AZ and the President’s handling of the situation.  The piece itself, however, is less about the situation that it is about the President’s clear devotion to Planned Parenthood, NARAL, and anyone who cares little about the right to life of the unborn, the elderly, and the disabled.

The life of faith and the life of civic responsibility are not mutually exclusive.  They have a common locus in people like you and me.  The latter ought to be informed by the former.  We would do well to listen to the bishops because they care about us, and they have better-trained eyes for seeing things as they are.

Pray for a Rich Alhambra Harvest in the Queen City

Word comes to us that SN Matthew Swaim will induct several men as members of Al Kamal Caravan #10 in Cinncinati tonight at 7:30pm. The inductions will nearly double the size of the caravan. This is an important step in the revitalization of the Order. Please pray for the success of our brothers in the Queen City, old and new.

Categories: Life with Down Syndrome is Worth Living | Leave a comment
← Older posts 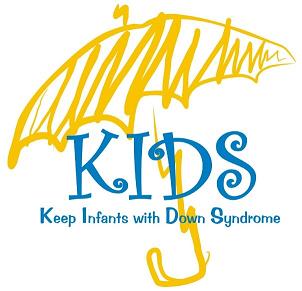